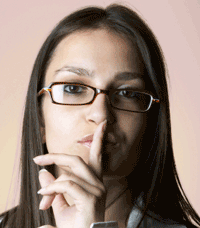 It appears that as Social Networking becomes a bigger part of our lives, it comes at a definite price. One example of this is described by “Reformed burglar” Michael Fraser (who works for the BBC) as “Internet shopping for burglars”. It would seem the coupling of our tendency to “friend” complete strangers, along with a willingness to openly share schedules, vacation plans, major purchases and other personal information creates far too many opportunities for professional thief’s. There have been a number of these reports over the past few months and it only seems to be getting worse.

There is a recent study from British insurance & investment management firm “Legal & General” to back up this concept. The survey shows that nearly 40% of social network users (including both Twitter and Facebook) openly share holiday plans. The study also showed that roughly 92% of Twitter users and roughly 13% of Facebook users accept connection requests without checking the source. Now, on Twitter that seemingly coincides with the system as it was intended. This should be quite evident as you are required to take action to block someone, not to mention the fact that the social network’s fundamental design is based on open flow of information and public updates. Facebook on the other hand, appears more directed towards protection of information since profiles and posts are private by default.

The bottom line is, we need to be aware of these things as we become more and more accustomed to living “out in the open”. And while this would seem like simple common sense, many of us don’t yet seem to be thinking along these lines enough. Protect yourself, because unfortunately, these kinds of events will continue to occur with frequency until something changes.

The Question: While being more selective about what you post can probably lower your risk of having issues, does that end up diminishing the very connectivity we value in this type of media? Is there a better long-term solution? Please share your thoughts and ideas.